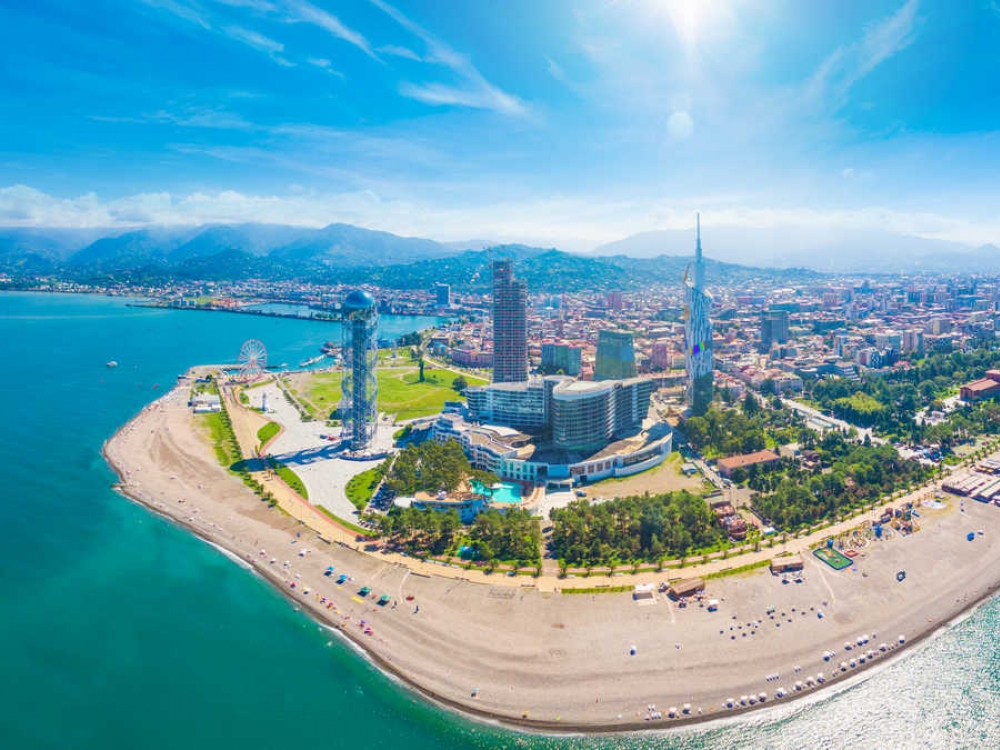 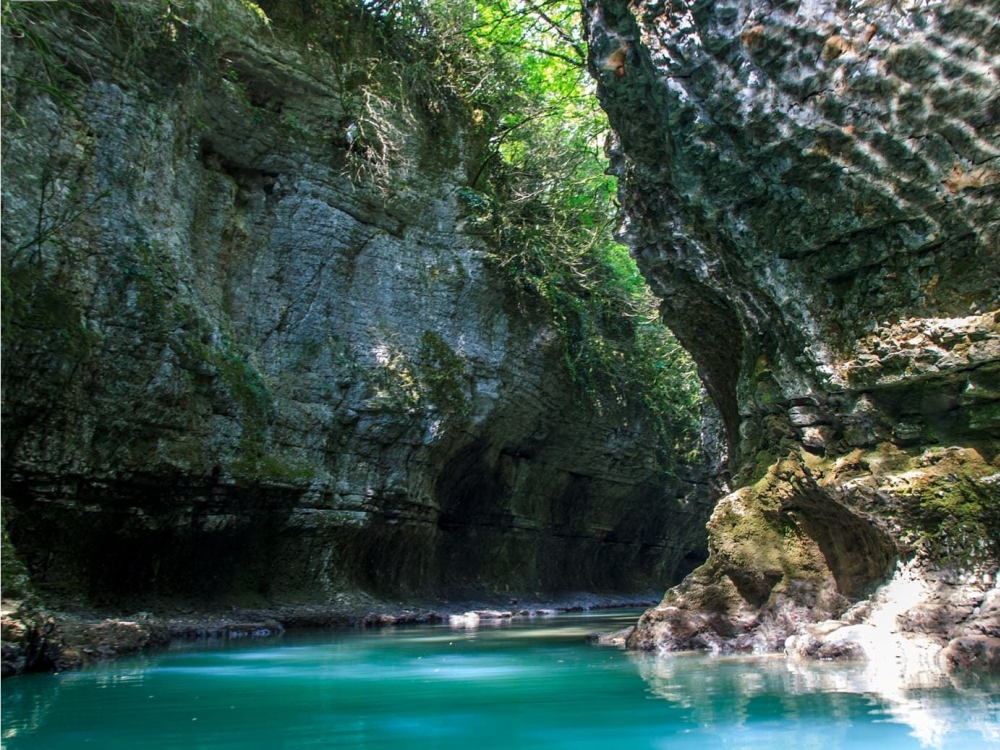 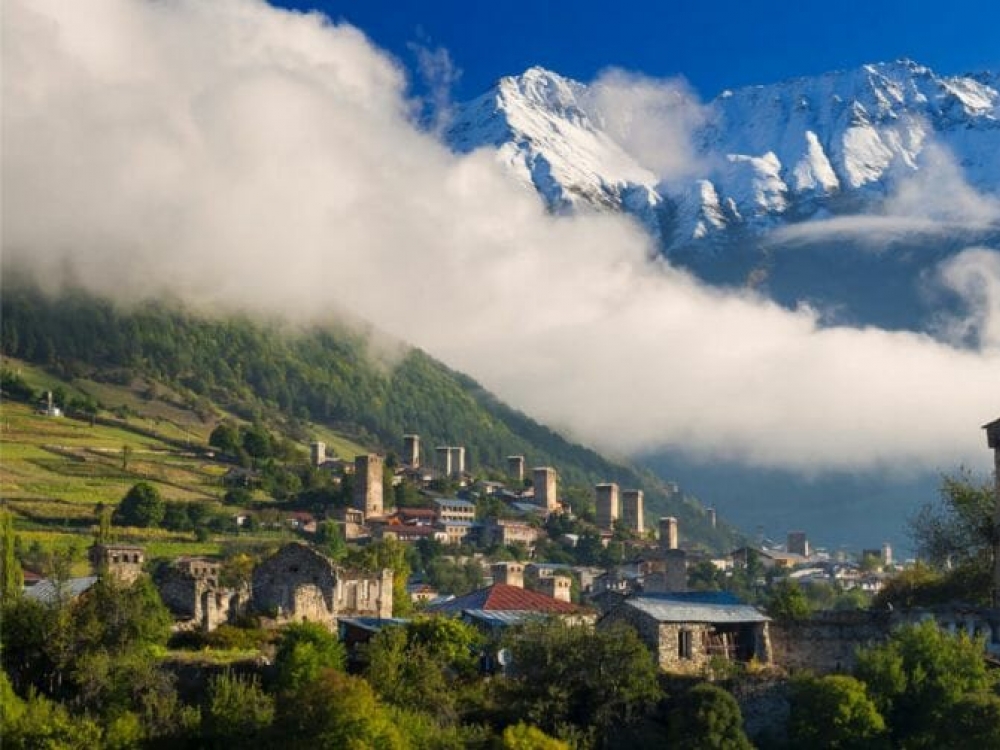 Tour Date: Every Tuesday
1 day. Meeting at Batumi airport.
Meeting at the Airport (table GEOMANDARIN), transfer to the hotel.

Day 2 Evening city tour of Batumi.
Breakfast.
Rest on the sea. Batumi is the sea capital of Georgia and the city of Porto Franco. During the tour, we will find out how the development of the city began, why the city has such architecture, we will walk along the streets of the old city, and visit Piazza. Wine tasting.
The tour starts from Piazza.

Day 3 Excursion trip to Mountain Adjara.
Breakfast. Today we are going to meet with the myths and legends of ancient Greece. We will make our first stop at the Gonio Fortress. In the town of Gonio in Adjara, 15 km from the city of Batumi, on an area of ​​4.5 hectares, there is the oldest fortress in Georgia - the Gonio fortress (or Gonio-Apsaros fortress). The history of the fortress has several millennia. The oldest archaeological layers excavated by archaeologists on the territory of the fortress date back to the 15th-17th centuries BC. There is a legend that the name Apsaros comes from the ancient Greek myth of the Argonauts. According to legend, it was on this place that the son of King Aet, Apsyrtus, killed by Jason, was buried.
Next, we will go to the Adjarian wine house to get acquainted with such a wine variety as Chkhaveri.
And the last stop for today will be the Makhuntseti waterfall and the arched bridge of Queen Tamara.
Day 4 Svaneti.
Breakfast.
Departure to the city of Zugdidi and a visit to the royal palace-museum of Dadiani, the property of which is one of the three existing death masks of Napoleon. Departure to Svaneti. On the way, visit the observation deck of the Enguri hydroelectric power station - the second highest arched dam in Europe, 272 meters high. Lunch en route at a roadside restaurant. (not included in the price of the tour) Arrival in Mestia. Check in hotel. Sightseeing tour of Mestia - the capital of Svaneti. Return to the hotel. Free time.

Day 5 Svaneti 2 days.
Breakfast.
Free day in Svaneti. Hiking to the Chalaadi glacier. (additional charge). Ascent by cable car to Mount Hatsvali, from where a beautiful view of the peaks of the great Caucasian ridge Ushba, Tetnuldi, Elbrus opens. (paid extra). A trip to the highest mountain settlement in Europe - Ushguli. In the evening after the excursion return trip to Batumi

Day 6 Free day in Batumi.
Rest on the sea.
Day 7 Free day in Batumi.
Rest on the sea.
Day 8 Canyon and Prometheus Cave.
Breakfast.
Today we will go to the wonderful world of canyons and caves of Georgia. Our tour will start with a visit to the Martvili canyons. Martvili Canyon has become very popular among tourists over the past couple of years. Interest in this area is caused by a fascinating kilometer-long canyon with a waterfall and recent finds by paleontologists. According to official data, traces of the habitation of primitive man and prehistoric animals that lived on earth 73 million years ago, as well as the preserved traces of dinosaurs and their fossilized skeletons, were found here. Next, we will go to the unique Prometheus Cave - Legend has it that somewhere in this area, angry gods chained a young man to a rock because he gave the divine fire to people. For many years, every passing traveler saw all the torment of a recalcitrant youth named Prometheus. In honor of him, former President of Georgia Mikheil Saakashvili named this karst cave in honor of Prometheus in 2010. And the last point - Bathing in the thermal springs of Nokalakevi.
Day 9 Free day in Batumi.
Rest on the sea.
Day 10 Airport transfer. Departure
Breakfast. Airport transfer. Departure