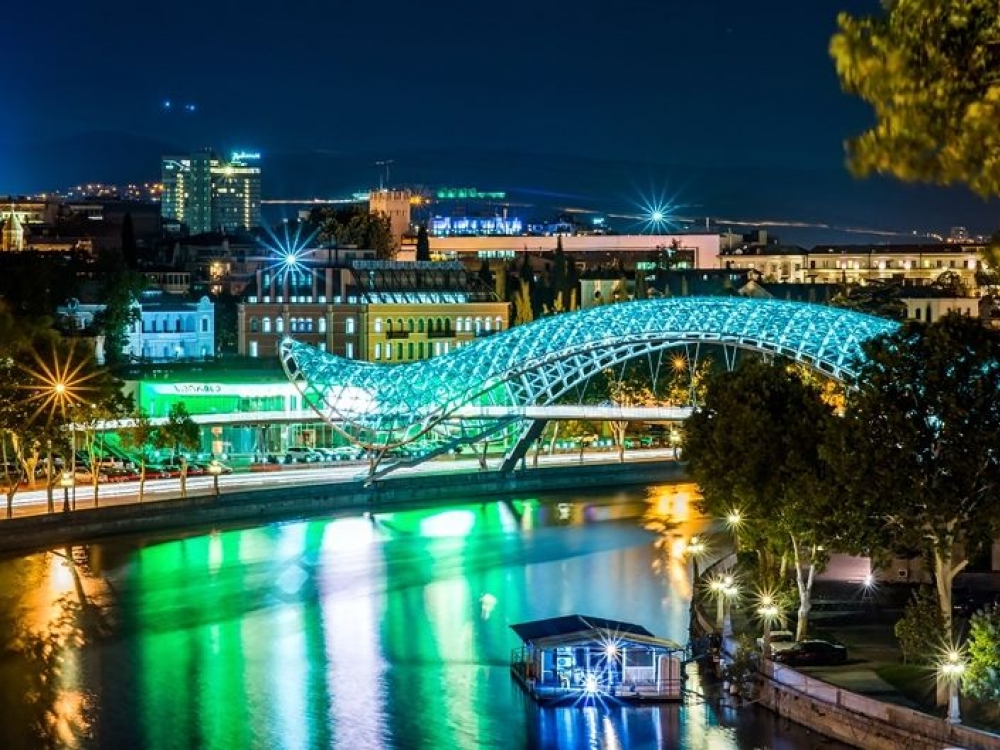 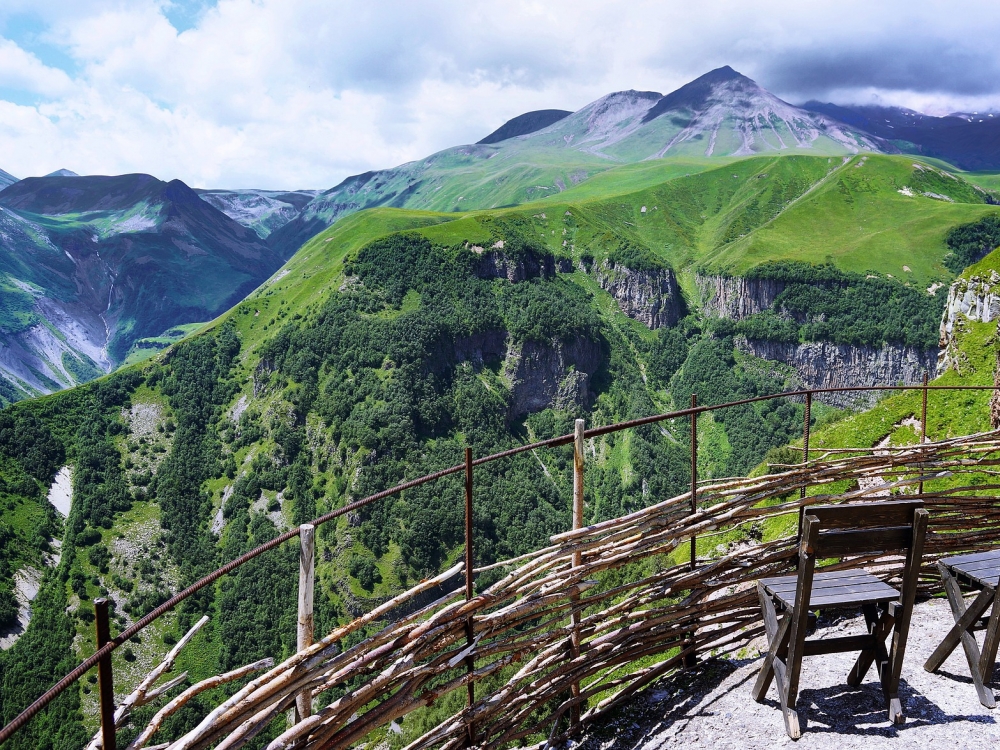 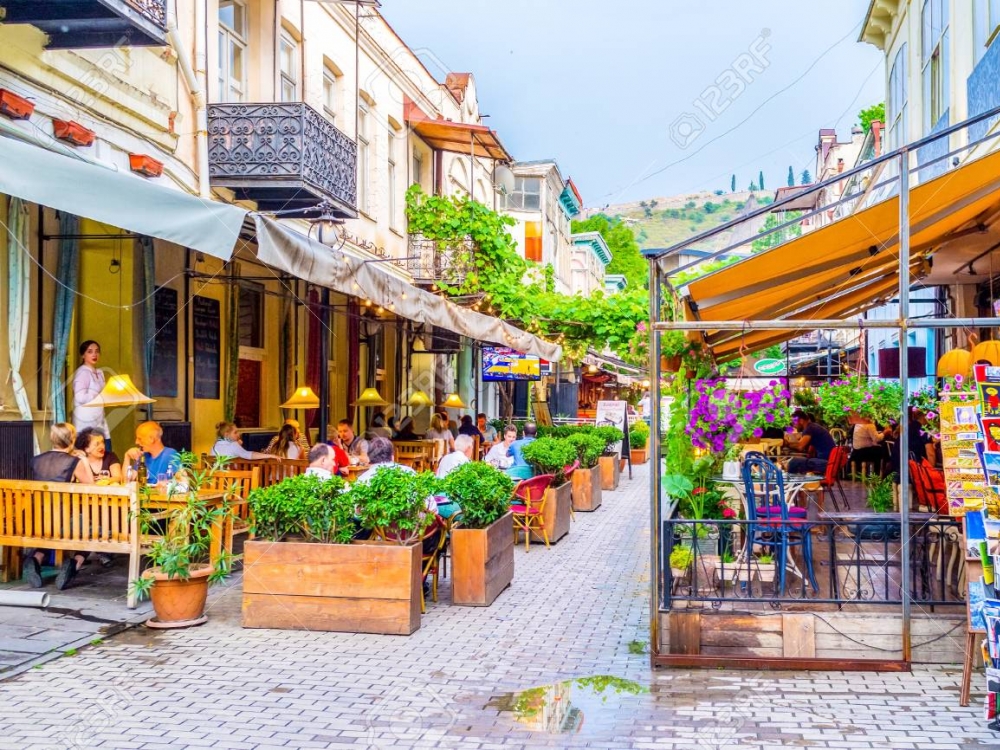 1 day. Meeting at the airport of Tbilisi.

Meeting at the Airport (plate GEOMANDARIN), transfer to the hotel.

Tbilisi is the capital of Georgia, which has absorbed so many epochs and cultures that even the locals do not know all the mysteries and secrets that keep the mazes of this warm and beautiful city. Beautiful carved balconies, unique front doors, famous Tbilisi courtyards, this is all what the city is famous for.

We invite you to the author's tour of the city!

During a walking tour with a professional guide, we will climb the Narikala Fortress, see Tbilisi from a bird's-eye view, visit the fig gorge and the complex of famous sulfur baths, take a walk through the streets of the famous Sharden district.

At the end of the tour we will have a tasting of famous Georgian wines in one of the city’s marani.

Kakheti, how much is this word! A few years ago, the whole world recognized that Georgia is the birthplace of wine.

We will begin our tour with a visit to the KTW Corporation winery, one of the largest wine producers, where they will tell us the secret of the Georgian wine-making technology.

We will make the next stop in the once famous and highly developed city of Gremi, which was completely destroyed by the brutal Iranian Shah Abbas. The Archangelsk temple and bell tower survived to this day, and this is what the complex is now called the “Gremi Castle”

Next, we will invite you to dinner at the peasant family, where you will be served a traditional table from the Kakhetian mistress (extra charge).
The last point of our tour will be Signagi - the city of Love. Sighnaghi is a small town in eastern Georgia, on the mountainside, in the historical region of Kakheti. The center of the historical and geographical area of ​​Kiziki, is located on terraces, connecting winding steep streets.

So much has been said and written about the famous Georgian military road that every day it attracts more and more travelers from around the world.

"Better than the mountains, there can only be mountains in which you have not yet been" - the familiar words of Vysotsky. Today we go to the mountains and feel the spirit of freedom.

Our first stop will be in Ananuri, a fortress that served as the main stronghold for the Aragvi Eristaves, the rulers of this region. The fortress arose in the 16th century and over the next two centuries served as the northern outpost of the Transcaucasian defense, blocking the road leading from the Darial Gorge.

Next we will stop at the "Arch of Friendship", which was built as an observation deck in honor of the 100th anniversary of the signing of the St. George Treaty.

The last point of our trip will be Gergeti, located at an altitude of 2,170 m at the foot of Kazbek along the Georgian Military Highway in the Georgian village of Gergeti, just above the village of Stepantsminda. Built in the XIV century, the shrine is the only cross-domed temple in the area of ​​Hevi. Near the temple is preserved medieval bell tower.

"A few years ago,
Where, merging, make noise,
Hugging like two sisters
Jets of Aragva and Kura,
There was a monastery "

These famous lines are written by M.Yu. Lermontov about the Cross Monastery - Jvari, our first stop. Jvari - 7th century cross monastery.
Next, we will go to Mtskheta, the ancient capital of Georgia, and visit the Svetitskhoveli temple, where, according to the tradition, there are many Orthodox values, such as: Christ's chiton, the mantle of Elijah the Prophet, the heel of St. Andrew.
We are waiting for the last stop in the cave city Uplistsikhe, 10 km from Gori, on the banks of the Kura River is one of the rarest monuments in the world - the ancient city-fortress Uplistsikhe, carved into the volcanic rocks of the Kvernaki ridge. It was first mentioned in the chronicle of the 1st century. BC e., and its heyday reached the IX-X centuries.

Even from afar, this quaint rocky city fascinates with its unusual appearance. Like gigantic pores on the rocks, cave grottoes are gaping, inside of which life once boiled. There were once huge majestic halls, temples, dwellings, connected by winding streets and corridors. It is hard to believe that this tremendous titanic work on the creation of a whole city from stone is the creation of human hands.

Package price per person when staying in a DBL / TWIN:

Package price per person when staying in a SNGL room: